Cory Cooperman currently serves as the Freestyle Head Coach for the New York Regional Training Center at Cornell University in Ithaca, New York. He is a graduate of perennial powerhouse Blair Academy, where he was a 4x Prep National Champion and selected to the ASICS All-America Team as the #1 ranked high school wrestler in the nation at 125 pounds. Cory then attended Lehigh University, where he was a 3x EIWA Champion and 3x NCAA All-American.

Q1: You’ve just co-branded your Coop Trained model with the legendary APEX wrestling clubs in New Jersey, a hotbed for talent all over the state. What made this partnership possible and what is the mission for your involvement with the club?

A1: What made this partnership possible is simple—New Jersey. We have a densely populated state that breeds a highly competitive environment and we LOVE to scrap. We hustle, we grind, and we enjoy the fruits of our labor. My involvement with the club is in the capacity of both an owner and operator. I’m putting the C.O.O. in Coop, so to speak lol. I’m here to give my clients the best wrestling experience possible. Q2: You also serve as the head coach for the New York Regional Training Center at Cornell University in working with their senior level athletes. How has your journey been in Ithaca as both a former assistant at Cornell and returning to working with the RTC?

A2: There haven’t been many changes in Ithaca for me. Sure, there have been different coaches over the years, but the type of young man that is on the Cornell Wrestling team still looks the same a decade later. I can attribute a lot of success to Cornell by the type of athletes they recruit. They are men of character, integrity, and loyalty. I can trust those wrestlers with my most prized possessions—my children. I LOVE the wrestlers at Cornell and the coaches do a great job of bringing in the right guys and that culture is HUGE!!

Q3: What is it about the NYRTC that has bred consistent success stories like Kyle Dake and Yianni Diakomihalis and attracted world-class talent into the club like Jordan Oliver?

A3: I’ve been fortunate enough to get my hands on these guys when they were all still in high school... well Yianni kind of got his hands on me first lol. The environment is important. In Ithaca, the guys don’t have too many distractions, but let’s be honest, if you want to find trouble, you can do that anywhere. These guys are extremely goal oriented and know what they want, which makes this a lot simpler. Dake, Yianni, Jordan all have their own approaches, philosophies, and ways that they want to train. Again, I think when you have an environment with the best wrestlers in the world, good things happen. It reminds me of when I was at Blair. I was around guys like Steve Mocco, Zack Esposito, Kurt Backes, Mark Perry, and Robert Preston. When you’re in a room like that, it creates a lateral thinking environment that our coach encouraged. 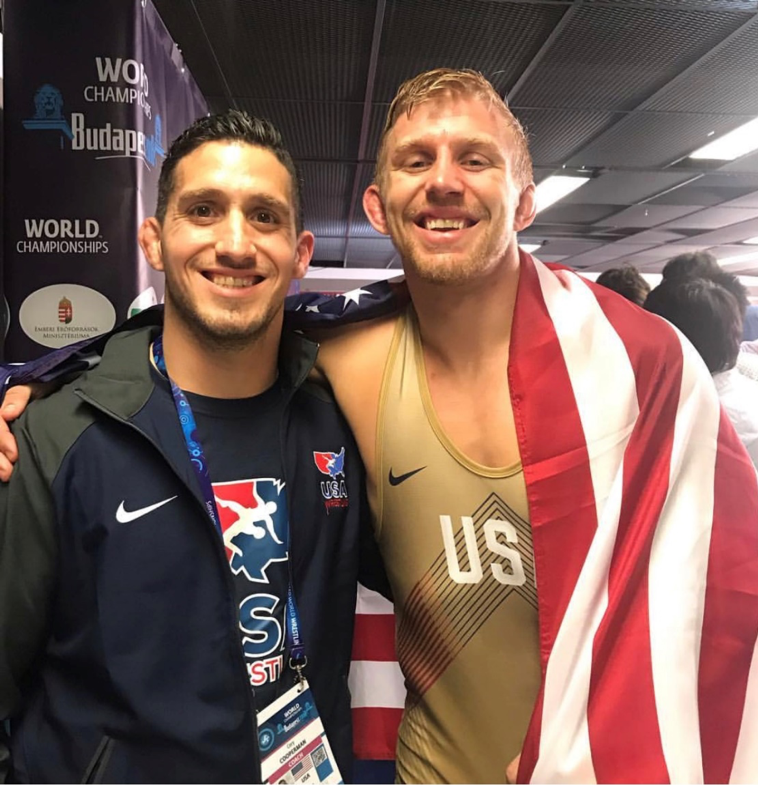 Q4: What do you see as the biggest similarities and differences from coaching youth wrestlers to some of the world champions you have and continue to coach?

A4: Similarities are a little simpler. Basics and positioning will win in Kindergarten and at 35 years old at the highest level. I think what’s more difficult for me is continuing to search the world for new techniques and variations that I didn’t know and then bring them to Jordan, Kyle, and maybe Yianni’s Dad (do not sleep on that man). I have to bring these guys something different and let them see if they want to play with it or not. I don’t get offended if they don’t like it. It’s similar to the way Kurt McHenry approaches the sport. He needs to keep his mind stimulated and invigorated or he can get bored because he’s so good.

Q5: A lot of coaches find a lot of struggles in coaching their own children. Your kids are just getting into the sport. As a wrestler who has found a lot of success in the sport, what is your approach currently and what advice would you give to parents who serve as coaches?

A5: Currently, I don’t coach my kids and they really don’t wrestle...they just think they do haha. I always felt like it was almost unfair. All these people pay me to train their kids, but who is going to train mine?! Nothing is more important to me than my family and my relationship with my wife and sons. So, while living in Ithaca, I would send my son to practice with “Coach Dake” or let my son roll with “Uncle Jordan” in the basement. So now in NJ, I have to figure it out. I’ll throw them in the club if they want to wrestle. I’ll have them get started with Alexander Karnitski. He was the first coach I retained with the acquisition besides my partner, Damion Logan. I feel very comfortable having my boys build their base with Coach Karnitski and one of my childhood heroes.

My advice is this: remember why we do this and what it’s about. I’d also suggest to the parents to just watch what they say. If it doesn’t add value or help the kid, why say it? I think one thing that has helped me is positive reinforcement. If things aren’t going well, pick him up, dust him off, and encourage the kid. THAT is what being a coach is all about. Anyone off the street can scream, but only a coach has the patience to never give up on his guys. 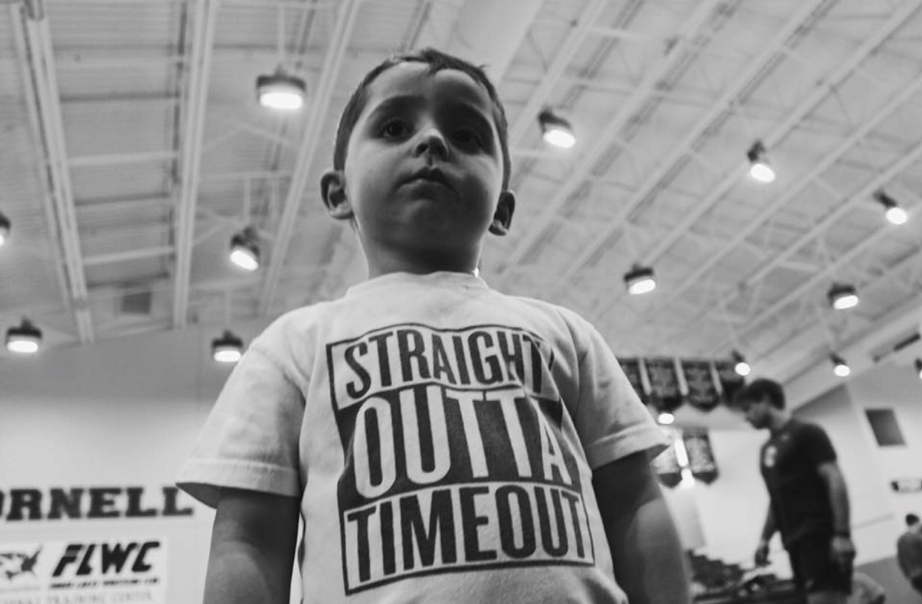