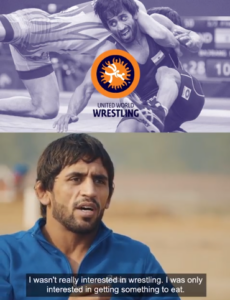 A few months ago, United World Wrestling released a short documentary featuring returning World silver medalist, Bajrang Punia from India. It was a candid look into his humble beginnings and how he got into the sport. This video resurfaced this week in promotion of the World Championships, and this really put things into perspective for us after watching this again. Bajrang talked about how he literally started wrestling in the mud and would attend dangals (tournaments) in different villages. The sole reason he did this was because they would get food for competing. He grew up in a humble village and getting something as small as a piece of fruit was enough to entice the young Punia. After growing in the sport and seeing some of his fellow countrymen having success internationally, he learned more about what wrestling really was around the world. From there, he made the decision to focus on freestyle wrestling and, “on the mat only. No more mud wrestling.”

This was a really cool story that provided a lot of perspective to us as wrestlers and fans of the sport. Often, we consider the wrestling community to be a very small, close-knit group and, in many regards, it is. However, when we take a step back and look at the sport on a global scale, we can see a much different picture. There are so many different cultures and nuances to each country and the stakes can be wildly different when things like political climate are considered.

As Americans, we largely consider wrestling to be a sport that can teach us a lot on what it means to develop skills like dedication, sacrifice, and persistence. The ultimate goal may be different for most American wrestlers. The idea of being an Olympic champ is exciting to virtually everyone that touches a mat but most of us are realistic that this accomplishment is reserved for a very select few. Wrestling is a sport that can open a lot of doors and provide many opportunities we otherwise wouldn’t have. The endgame for many would be to receive a college scholarship and have our education paid for. Wrestling in college is a huge accomplishment for any athlete in the US and less than 5% of high school wrestlers go on to compete at the next level.

In other countries, wrestling can be a way of life or all that some know. For others, success on the mat is the difference between having a better life or living in poverty. This may seem dramatic to some, but even in the story that Bajrang Punia told, it was apparent that sometimes success and failure are the difference between having a roof over your head or not. This has been the case in Cuba for years with stories told of how a better life is had for those that have success. Without getting too much into politics or conspiracy theories, there are several countries that share these same rumors that the elite have access to much more than the journeymen on their respective country’s ladder. With so much at stake, it’s no surprise at how serious wrestling is taken in some parts of the globe. 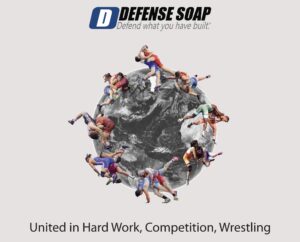 Our community is something that we hold very near and dear to our hearts and our love and passion for the sport is the common bond that crosses all borders. We all have different journeys in the sport and that’s what makes this eclectic group so unique. This was really felt when the IOC announced that our sport had the possibility to be cut. To see wrestlers bond all over the world to fight for our sport together was an event that brought us all closer together. In watching the World Championships this week, we will see wrestlers achieve the ultimate accomplishment of “World Champion.” Every background and story will be different, but we all have earned the right to call ourselves “wrestler.”