In writing our blogs, our team at Defense Soap tries to come up with relevant, informative, and hopefully entertaining topics to coaches, parents, athletes, and fans. We never wanted our blogs to be just about us, which is why we’ve tried to educate the community on what we’ve learned through our experience in hygiene, preventing and treating skin infections, room and mat cleaning, and other topics of value to this group.

We’ve also tried to keep things interesting and entertaining by coming out with our Q & A series featuring coaches at the nation’s top programs. Very rarely do we try to use this platform to share news about our company unless we feel that it is relevant to the wrestling community and is something that we consider a “big deal” or achievement in the scope of our company history. In fact, the only blog we decided to use this for was to announce our partnership with United World Wrestling as the global supplier of hygiene products and the official soap, body wipes, and skin cleansers for the UWW.

The reason we’ve explained this is to serve as a preface to our blog and announcement this week. Our Owner, Founder, and CEO of Defense Soap, Guy Sako, received news last week that he will be inducted into the Ohio chapter of the National Wrestling Hall of Fame for the “Lifetime Service to Wrestling” Award. Naturally, the entire team was excited for Guy but his humble demeanor didn’t allow for much of a celebration. He even denied several requests for our blog to make this announcement but finally caved when we agreed to honor his request to “not make it braggadocious and just make it about the company.” In order to meet him halfway, we just wanted to give a brief history of Defense Soap and Guy’s journey from its inception.

Guy worked as a Cleveland Police Officer for 25 years and retired in June of 2015. He began wrestling at the age of 10 and continued competing through his senior year at Cleveland State University, where he was an NCAA qualifier. He then started his coaching career at Cleveland State for three years before moving to the youth level to be with his son, Gus, at the Westshore Wrestling Club. Guy still serves as the head coach at Westshore and has for the last 30 years, which now serves as a feeder program to the storied St. Edward High School. 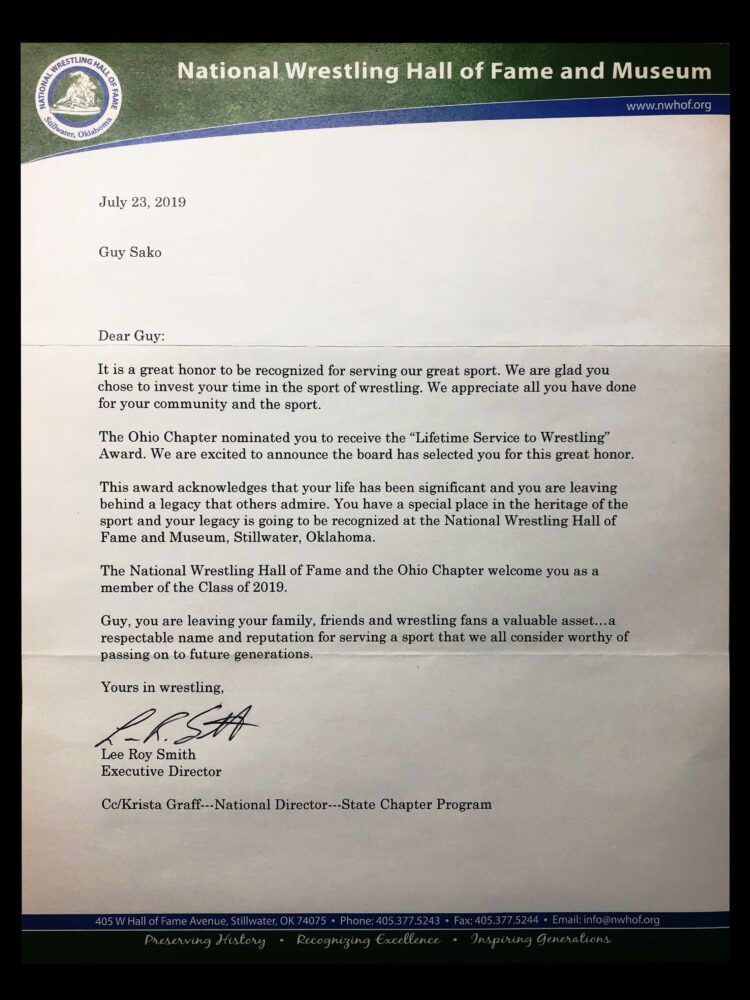 Guy’s involvement in the sport of wrestling served as a catalyst for the creation of Defense Soap. During the 12 years of competition and 17 years of coaching, at the time, he witnessed how our sport was plagued with a skin infection. After his youth team was afflicted with nearly 100 cases of ringworm in a single season, Guy took it upon himself to investigate the possibility of creating a soap for them to use that would eliminate this ongoing problem. Additionally, he wanted to create a safe, everyday soap for his wrestlers that would prevent skin infection, not just treat it. Guy created Defense Soap with the sole purpose of protecting his wrestlers.

He began his research by looking at what other soap companies put in their products and was shocked to find harsh chemicals in a lot of the top brands. One ingredient in particular that he found was triclosan, which is classified as a pesticide by the FDA. It was then that he started to do research on more natural, homeopathic remedies, which is how he stumbled upon the benefits of tea tree and eucalyptus oil. These natural essential oils have been found to have antifungal, antibacterial, and antiviral properties. Guy literally did a google search for “local soapmakers” and reached out to the first result to see if his concoction could be created and the woman he found told him she could.

Guy’s search for an all-natural soap that would protect his wrestlers from skin infection became a reality and after several tweaks to the recipe, he was passing out soap to his wrestlers and educating his program on proper showering technique and hygiene routines. Some parents thought Guy was crazy but when he saw about a 90% drop in cases of skin infection, he was able to make believers out of all of them, including himself.

The popularity of his original bar soap grew quickly in the tight-knit wrestling community and demand was quickly outpacing his supply. Guy was even bringing a small, 6-pack cooler full of soap to tournaments to sell because he was getting bombarded by requests at events his team would compete at. The small, local soapmaker couldn’t keep up with the rising demand and he had to look for a larger operation. To give you some perspective, when Guy started with his bar soap, he was making 100 bars at a time. The national vendor he has been working with for nearly a decade now produces 75,000 bars of Defense Soap in a single batch.

As product lines grew at Defense Soap, he started to work with bigger, national vendors to source his ingredients and products. This was a huge step because it allowed him to choose natural, pharmaceutical grade essential oils. Guy vowed to always use the highest quality ingredients in his products because that was something he was never willing to sacrifice when he developed the original bar soap.  Guy is so confident in his products, that he has always offered a full, money back guarantee if you are not satisfied with the quality and effectiveness of any Defense Soap product. He doesn’t say this to be gimmicky or as a marketing strategy, but he dedicated years to sourcing the best, most effective products he could possibly offer at a fair price. 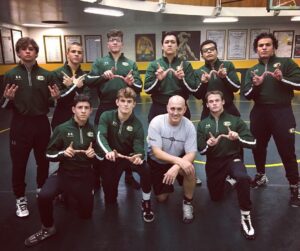 The success and popularity of Defense Soap have exceeded Guy’s wildest expectations. However, he does not measure the success of his company by how he is profiting, but rather how he has positively impacted and helped the people who use Defense Soap products. Defense was originally created for wrestlers and other combat athletes, but the reach continues to affect people all over the world, evident by the testimonials that come across Guy’s desk. Defense products are used by hundreds of wrestling teams all over the world and he will never lose sight of his roots in the sport of wrestling. Guy can proudly say, at least in some capacity, that he achieved his original goal in helping protect wrestlers both treat and prevent skin infections but has broadened the scope of his goals after seeing some of these very intimate testimonials.

Guy genuinely can’t tell you how rewarding it is to hear a raving fan of Defense share their story of how his product has given them a renewed confidence and freedom with treating their eczema, or how Defense products have alleviated the stress associated with a skin disorder they have been afflicted with their whole life. While Defense cannot make medical claims on some of these success stories, Guy finds purpose in his company values to continue to educate all communities on skin health and hygiene and to provide products and solutions to not just treat, but to prevent skin infection and promote healthy skin with a positive lifestyle.